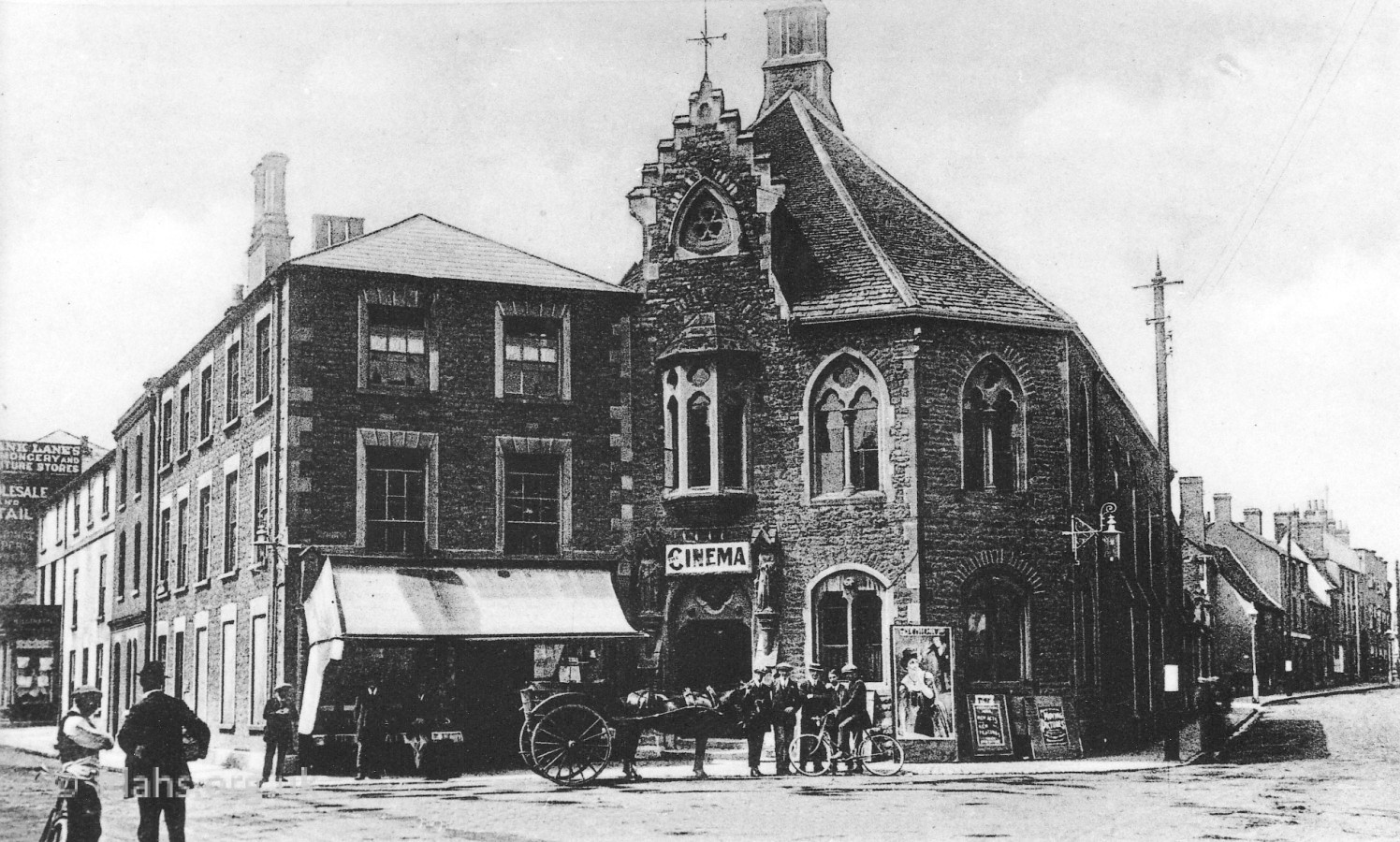 The ‘Faringdon Cinema’ in the Corn Exchange. No longer a farmers’ dealing centre it became Faringdon’s first cinema with the cheapest seats in the house costing 3d (just over 1p) and even less in the afternoons. Programme schedules first started to appear in the Faringdon Advertiser in the summer of 1914, which suggests that this was around the time when the cinema started up. It would also coincide with the arrival of electricity in Faringdon, only about two years earlier. In 1916 it was calling itself the ‘Faringdon Electric Cinema‘. The auctioneer’s gallery was commonly called ‘the cuddly corner’ as it was frequented by the young couples, these seats cost 6d (2.5p). The gallery also held the store of rat-infested grain sacks, much to the detriment of any budding romance. Saturday morning sessions were also held at the cinema when youngsters could get in, to see such films as the Pearl White thrillers, for the price of 2d. 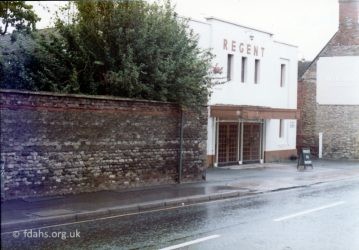 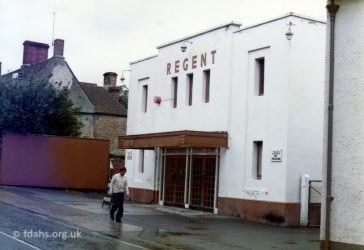 Rialto Cinema. In 1935 a new building for the cinema was erected to replace barns and old farm cottages directly opposite on Gloucester Street between The Volunteer Public House and Gloucester House. A new owner took over in 1948 and it was re-named the ‘Regent Cinema’. The photos above were taken in 1984, just before it was demolished. It was built by Merle Elliott, one of the sons of D.J. Elliott & Sons, Steam Saw Mills, Butts Road, who later emigrated to Canada. The building was opened by Lord Berners who made probably the longest speech of his career:

“For several years now I have been a regular patron of the old cinema in the Corn Exchange, and much as we have appreciated the quaint and somewhat ecclesiastical atmosphere, there is no doubt that we now have a hall worth of the noble town of Faringdon”

The first film shown was ‘Life of the Bengal Lancers’. There was such a crush that an usherette fainted and had to be carried out over the heads of the crowd. Films were shown continuous from 6pm to 11pm daily and you could stay as long as you liked. Ticket prices: 8d, 1s2d, 1s6d and 1s10d (~9p). 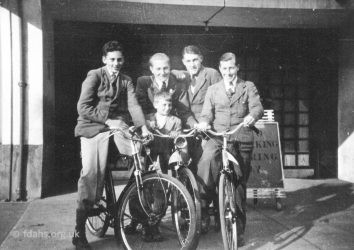 1939-45 In front of the Rialto Cinema are teenagers Lewis Boffin, Harry Thomas, John Moody, and Fred Hughes with a WWII evacuee in front. Lewis Boffin later became a police constable in Palestine after the war. Then he worked in and finally took over his father Thomas’s butchers shop in Faringdon until he retired. He passed away on 27th May 2018, aged 91 years.

A new owner took over in 1948 and it was re-named the ‘Regent Cinema’. 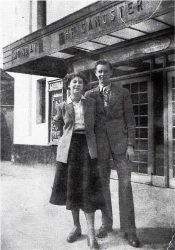 1950s. In front of the cinema in Gloucester Street. Jean Purbrick with Eric Morbey who worked at the Regent Petrol Depot in the railway station yard as a driver’s mate. He had been a delivery boy at Carter’s when he was a schoolboy.

The cinema closed in 1969 and became the Regent Bingo Hall until 1981. A similar happening to elsewhere in the country as the popularity of going out to watch a film was becoming replaced with a craze to play Bingo. A television in almost every home by now was said to be the main cause for the decline of cinema. 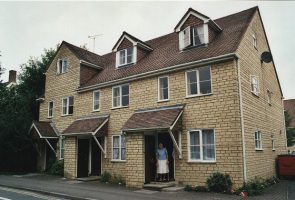 In 1984 the building was demolished and replaced by the housing development known as Regent Mews. Houses 4-6 Gloucester Street are now where the Regent Cinema once stood.

Nearly 30 years later, in 2011, cinema returned to the Corn Exchange under the same name and now shows films on a regular basis for all ages, including Friday evenings, Wednesday matinee showings and family films in the school holidays.