The village of Clanfield is situated north of Faringdon, beyond Radcot. The name derives from the OE/Anglo-Saxon ‘clǣnefeld’ meaning clean field, which probably describes open land free from weeds. The Domesday Book of 1086 records it as Chenefelde and later spellings include Clenefeld 1196 and Clanfeld 1275. The 2011 Census recorded the parish’s population as 879. 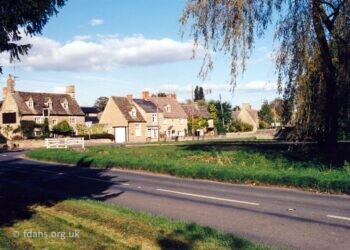 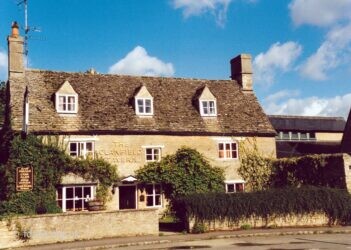 1999. The ‘Upper Green’ at the junction of the road from Faringdon (in the foreground) with the road to Bampton and Witney. On the corner is The Clanfield Tavern (previously known as the Masons Arms) public house, which is a 17th-century Cotswold stone building. 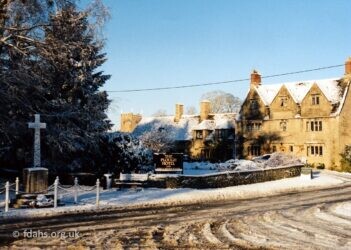 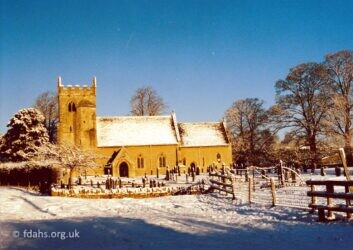 c1999. On the opposite side at the same corner is the war memorial and The Plough Hotel. The latter was a private home built of Cotswold stone in about 1660, became a public house and has recently been renamed The Double Red Duke. The church tower can be seen in the distance. Saint Stephen’s Church dates from around 1200.