Shellingford lies about 3 miles south-east of Faringdon on a turning towards Fernham off the road to Wantage. The 2011 Census recorded the parish’s population as 173. The manor of Shellingford was in existence by at least 931, when it was recorded as Scaringaford (possibly OE/Anglo-Saxon  scear ‘plough- share’, which maybe a personal name; inga ‘people of’) but since then nobody seems to have been able to spell the name consistently.  Later records spell the name as Serengeford (Domesday Book 1086), Salingeford, Schalingeford, Shallingford, Sallingford, Schillingford, Shillingworth, and Shillingford. And finally, the latest spelling of Shellingford was decided to avoid confusion with the village of Shillingford near Wallingford on the far side of Oxfordshire. The village lies along a tributary to the River Ock, which is the brook that starts beside Park Road in Faringdon and used to feed the old Faringdon Swimming Bath opposite Oriel Cottages. The actual ford was presumably a crossing-place on it.² 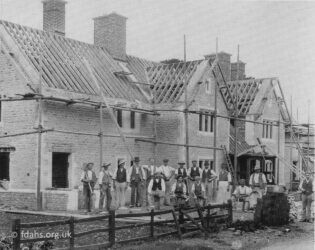 < In the early 1900s, the Henderson family of Kitemore House replaced some old cottages in Church Street with these new houses. There were twelve houses altogether built in blocks of 3,4,3 and 2. The stone was quarried from Bowling Alley Copse, The Slade, Shellingford. 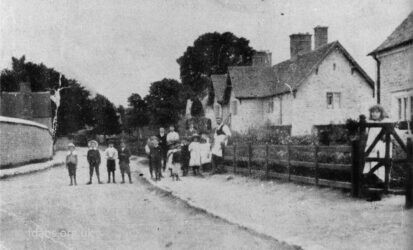 > Looking up Church Street in 1910. The houses shown in the previous photograph are now completed. 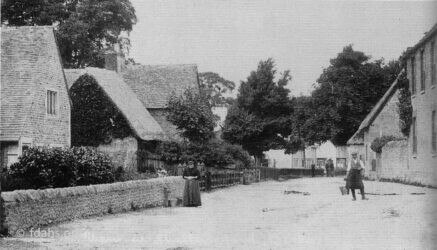 < Looking down Church Street. Notice the lady drawing water at the standpipe on the left. The old cottage next to the Post Office no longer exists. Church Farm house, on the right, is owned by Mr David Gantlett who took it over from his father, Mr Reginald Gantlett. Previously the farm belonged to Mr Maidment. 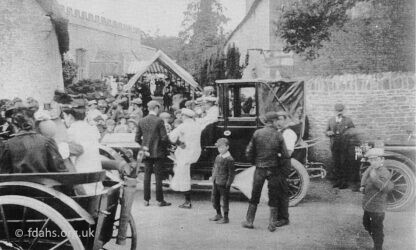 > Spectators to a Society Wedding from Kitemore House in 1907. The Green family are in the pony trap on the left. 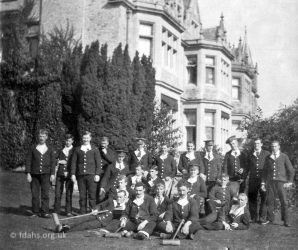 < c.1915. During World War I, a Red Cross Hospital was set up in Kitemore House. It was the home of Lady Henderson, where she and four nurses cared for over 242 wounded ‘inmates’. More on the Red Cross Hospital… The house was built to the north of the village in 1867 by a local firm for Thomas Mills Goodlake as a replacement for Shellingford Manor. The Elizabethan manor house, which stood next to the parish church, was then demolished. 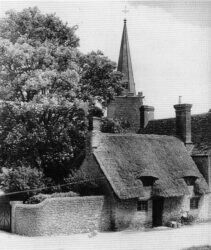 > A 1952 view of the Reading Room, formerly a cottage used as a mens’ meeting room, later used as a dinner room for the schoolchildren. It was pulled down and the area used to make a drive-in access to Church Cottage. In the background is the spire of the Church, the top of which was replaced with one made of fibre glass, when it became unsafe. 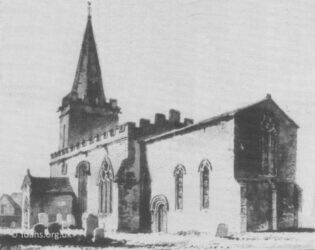 < St. Faith’s Church. It was re-roofed in 1939 because of damage caused by the Death Watch Beetle. 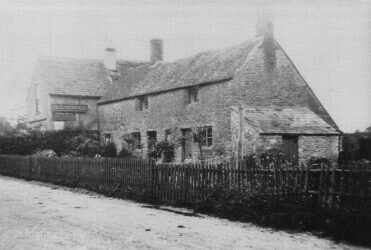 > This cottage was occupied by Mr and Mrs George Mitchell until 1932 when they moved to 4 Church Street. George was a shoemaker and repairer and carried on his trade in part of the cottage. This building was eventually condemned and pulled down. 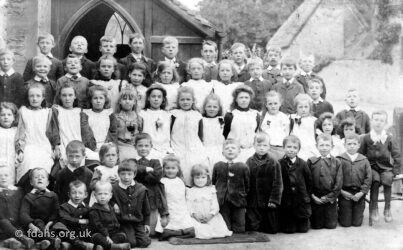 < c1901 The pupils of Shellingford School 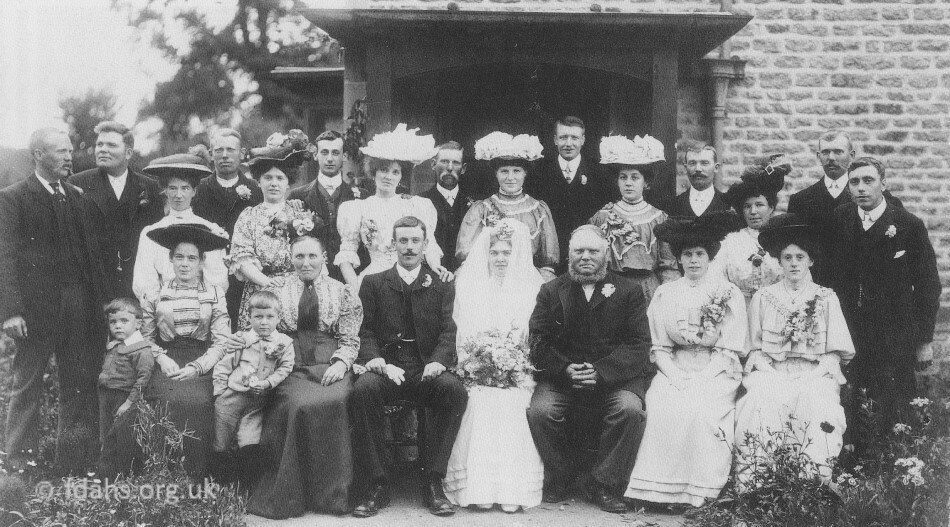 The marriage on August 6th 1907 of Gertrude Pill and Alfred Potter at 7 Church Street (the end house shown in the previous picture).