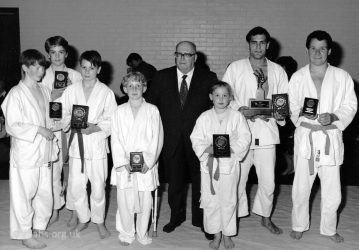 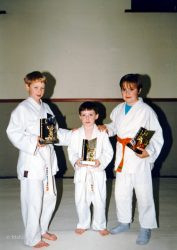 The Judo Club was founded by Jim Chambers who had studied with Kenshiro Abbe. The meetings were first held in the old Savings Bank, later in the Corn Exchange and finally the Institutes Services Club. Jim always wanted a permanent home for the mat and so after a period of fund raising a building was erected in Tuckers Park and opened in 1960. The Trustees were Jim Chambers, Robert Heber Percy and Stanley Mills. The club teaches both children and adults to a high standard and some of its members have taken part in the British Championships.