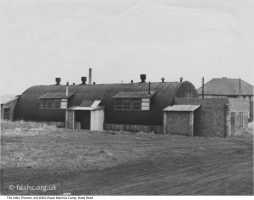 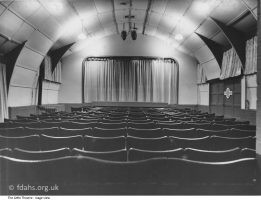 The Dramatic Society was formed in 1948 from an Evening Class run by Bill Reeves. The first performances were in the Corn Exchange, while the rehearsals were held in the Meeting House opposite the Duke of Wellington and sets were built in garages and back gardens. In 1952 the Society was able to rent an old Nissen hut on the old Marines Camp (now Marines Drive and Town End Road). The members of the society converted the building into the Little Theatre (see picture above). The hut had been built by the Royal Marine Engineers during WWII and had been used as a cinema and afterwards as a store shed. The members did all the conversion themselves, repairing the roof, re- wiring, making theatre curtains, etc. The seats were bought for 3 shillings each from the American Base at Brize Norton. The first production was ‘The Late Christopher Bean’ by Emlyn Williams and the official opening was performed by Lord Faringdon. The Society produced over 50 plays in the theatre and remained there until about 1972 when the site was incorporated into a housing estate. After leaving the hut they put on plays in local village halls and presented pageants in Faringdon Church. 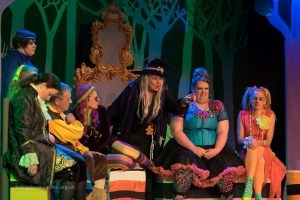 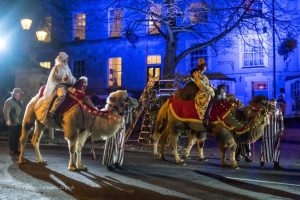 In 1978 they moved into the newly built theatre in the Community Centre where they produced a great number and variety of plays and pantomimes. Following the pantomime in 1995 relations with the management of the community centre finally broke down and they now produce their plays mainly at Faringdon Junior School but also at Buscot Park Theatre, Sudbury House and other locations around the town, even a Christmas Nativity with live camels in the Market Square. By the end of their 70th year in 2018 they had entertained the people of Faringdon with over 190 productions.