Great Coxwell is situated 2 miles south-west of Faringdon. The 2001 Census recorded the parish’s population as 274. Cocheswelle is recorded in the Domesday Book of 1086, and later records spell it as Great Cokewell, Cokeswell, Cokeswylle and Cokyswell. The name possibly derives from the OE/Anglo-Saxon cock or coch, which means ‘from the hills’, by a family that took that name and had a well or spring (wella ‘spring or stream’) here. The village lies at the head of a tributary of the River Cole, which drains into the Thames just below Lechlade. 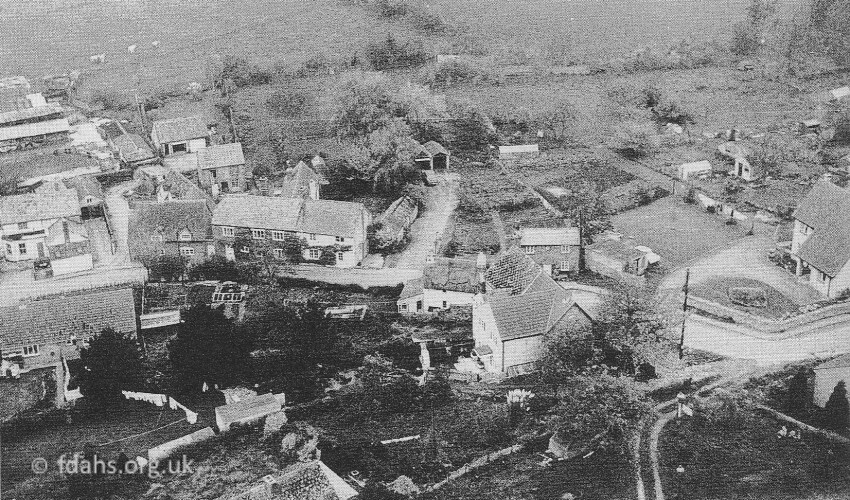 An aerial photograph of the village taken from somewhere above the church. In the centre of the photograph, facing the camera, is a house called Crowdys. To the left of Crowdys is Green’s farmhouse and then the Royal Oak public house (now closed). Behind the pub is Pear Tree Farm.

c.1910. The first building on the left-hand side was, until recently, the village Post Office. At one time it was a public house and the stone flagstones inside showed the wear of having barrels dragged through into the tap room. 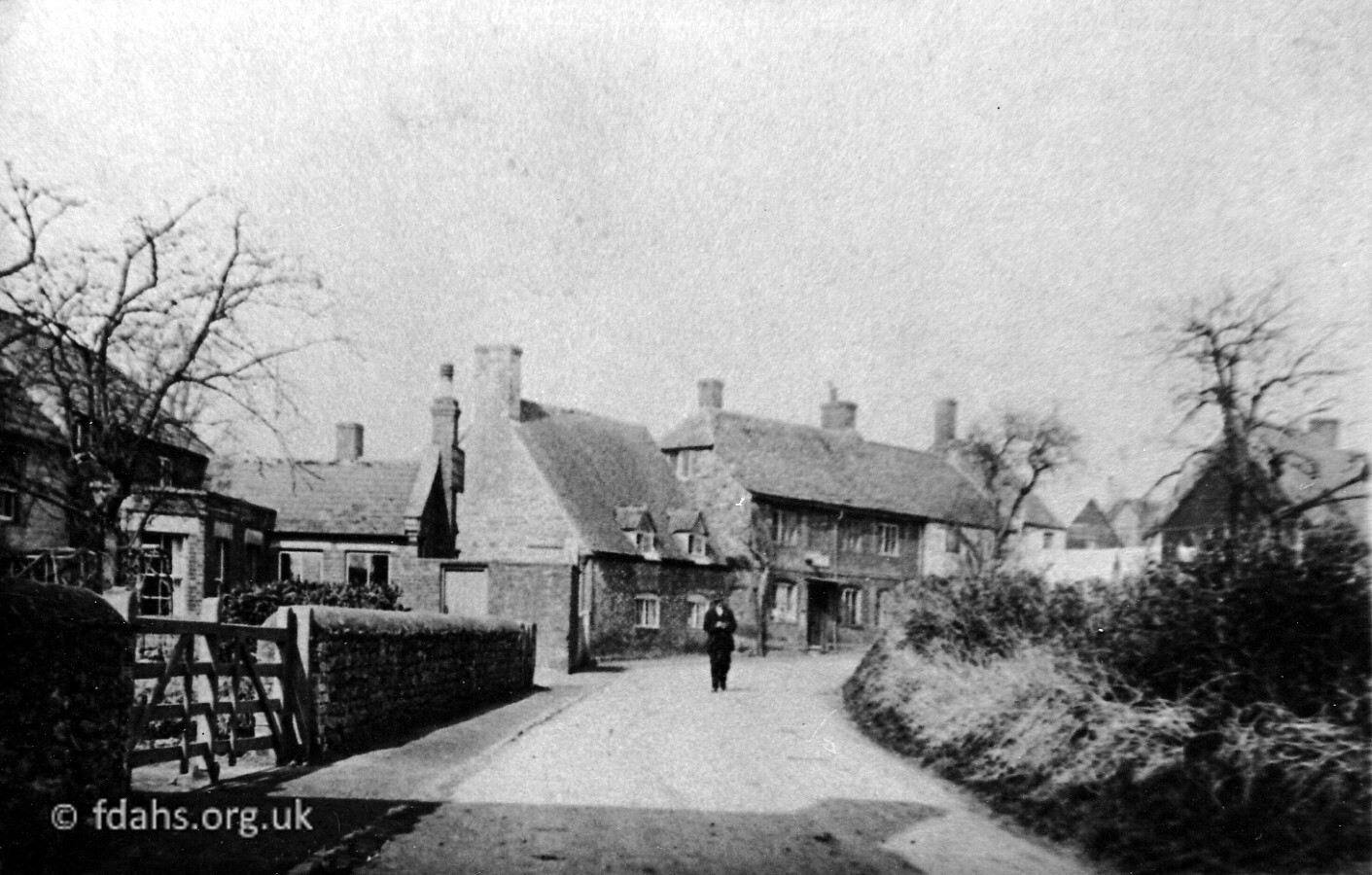 c1920. Looking up into the village from Green’s Farm on the left. 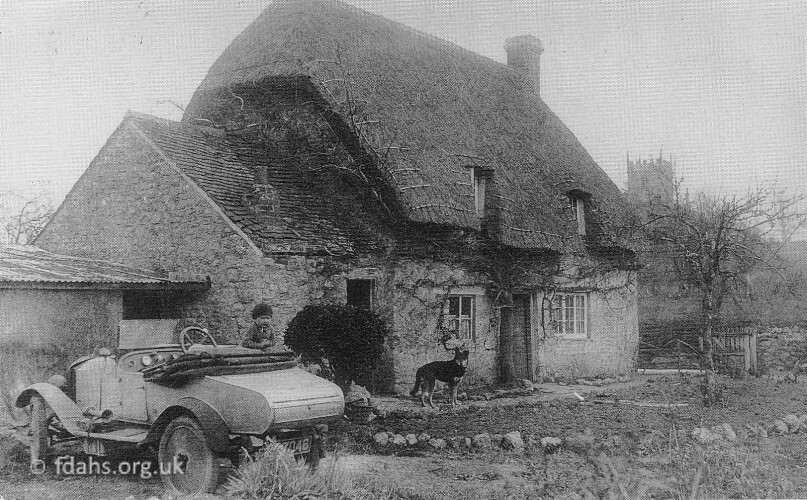 c.1935. Pear Tree farmhouse. The strange looking car in the garden is Alldays and Onion’s, but at this time it belonged to a man from London. The church tower of St. Giles’ can be seen in the background. 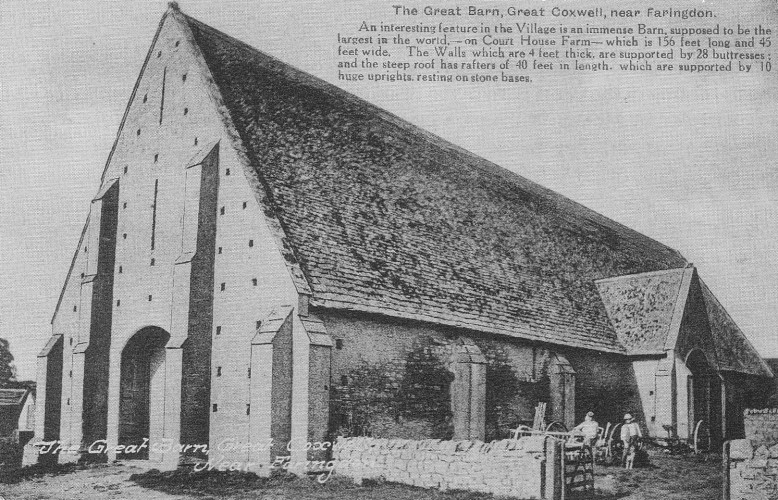