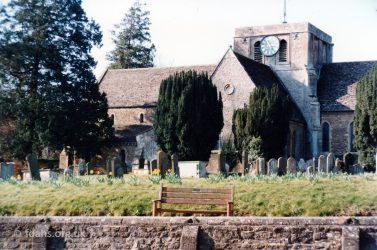 The parish church is on the site of earlier buildings of the Saxon and Norman period. Parts of the church date from the 12th and 13th Century. The Unton, Pye and Bennett families have their tombs and monuments in the church. All the stained glass windows in the chancel are dedicated to the Bennett family. More… 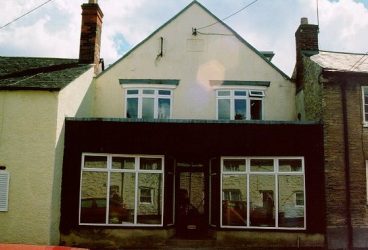 Originally built for £200 in 1851 on the site of an old cottage as a chapel for the Primitive Methodist Church here on Coxwell Street. It was able to hold around 160 people.

The Primitive Methodists, founded in 1811 as an off-shoot of the Methodists, came to Faringdon in 1832 through the work of a Lambourn based travelling preacher, Thomas Russell. He was given a very rough time being beaten up and thrown in the brook, but his efforts paid off with the formation of a Primitive Methodist Society in 1837. Meetings were held in a “round house” (pigeon house), Mr William Taylor’s house and a rented room until the chapel was built in 1851.

By 1897, they needed something bigger and had a new chapel built down the road on the corner with Gravel Walk, which later became called the United Reformed Church (below). So the building was sold to the Parish Church for various functions. Permission to use it for any event had to be obtained from the Vicar. It was used in particular for scout and guide meetings.

In 1947 it was converted to an electrical shop with a new frontage added. No.19 Coxwell Street then became a private house in 1988 and the old shop-front was removed in 2014.

The Movement was founded in 1740 by John Wesley and a Chapel was built here in Gloucester Street, Faringdon in 1837. It held a congregation of about 200 people.

The Wesleyan Methodists were disbanded in 1922 and the building became a Masonic Hall for the The Vale of White Horse Lodge No. 1770 (founded in Faringdon in 1878).

The congregation decided to unite with the Primitive Methodists at what later became the United Reformed Church (see below). 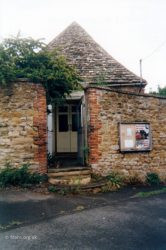 Quakers Meeting House on Lechlade Road. Quakers were present in Faringdon from as early as 1660 when Richard Greenaway was recorded as suffering persecution for his faith. The All Saints parish registers record burials of Friends at the Quaker’s Place from 1678. The Meeting House was built in the 17th C. with alterations in the 19th C. 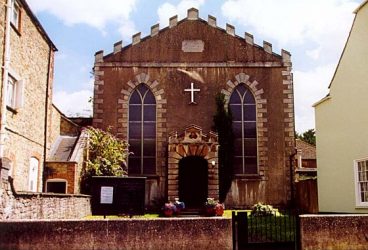 The original Independent Chapel was built in 1799 but in 1818 it was found that the building was too small and so this site in Marlborough Street was purchased by people of the Church for £540 – Edward Hunt Butler, meal-man; Edward Tombs, butcher; James Edwards, yeoman; Benjamin Cooper, shoemaker; Richard Wells and his son James, collar-makers; Edmund Peaple, grocer; John Scrivens and James Hill, shoemakers; Charles Golding, carpenter from Stanford; James Basson, labourer from Kelmscot. Originally the site was a shop occupied by George Adams, carrier, and then Ann Carpenter, widow, before being turned into a private dwelling occupied by John Arkell.

A Meeting House with a Vestry Room was erected on the site in 1840 by Mr Fidel who had a business opposite in Marlborough Street. He was the master mason employed to build Beckett House, Shrivenham, and also built the Faringdon Poor Law Union Workhouse. The Faringdon Group of churches covered Faringdon, Stanford, Shellingford, Fernham, Hatford and Langford. In 1970 the Congregational and Presbyterian Churches merged to form the United Reformed Church (see below) and the building was sold in 1974 to become the Roman Catholic Church of the Blessed Hugh. 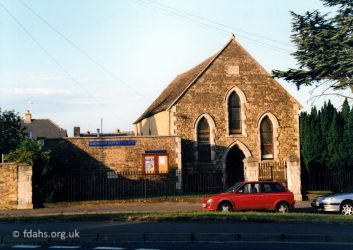 The Baptist Chapel on Christopher Square in Bromsgrove.

Although there had been worshippers in Faringdon before this time the formal formation of a church of Faringdon did not take place until 1657. A burial ground was purchased in Westbrook, the earliest burial being that of Martha wife of Richard Steed in 1695, and was closed in 1866. The Baptists met to worship in each other’s houses until a chapel was built about 1700. In the middle of the 18th C. attendance had dropped and the chapel was used as a stable. This chapel was demolished and the present building was erected with extensions in 1852. The Sunday School was founded in 1824, the Fidel family and then Joseph Abel were superintendents of it for many years. The Faringdon Baptist Church was also responsible for the chapels of Little Coxwell, Buscot and Kingston Lisle. The chapel at Little Coxwell was erected c.1880 by Alfred Carter but over the years the congregation fell and by 1953 it was used as a temporary classroom by the Education Authorities. It was eventually taken over by the Baptist Union under the Fuller Model Trust in 1955. Buscot chapel was built in 1882 in place of a dilapidated building and was sold in 1976 as congregations had dwindled. The building at Kingston Lisle was given up about 1918. 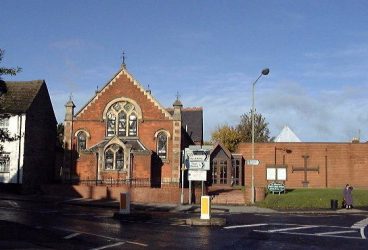 The United Reformed Church at the junction of Coxwell Street and Gravel Walk.

The building was erected in 1897 for the Primitive Methodists, when they sold their chapel further up Coxwell Street to the parish church. In 1922 they were joined by the disbanded Wesleyan Methodists.

In 1970, the Methodists united with the Faringdon Congregational Church to form Faringdon United Church. Proceeds from the sale of the former Congregational Chapel to the Roman Catholics in 1974 enabled the old Methodist Chapel to be converted into a church hall and a new church was erected next door on the site of the Duke of York public house (photo).