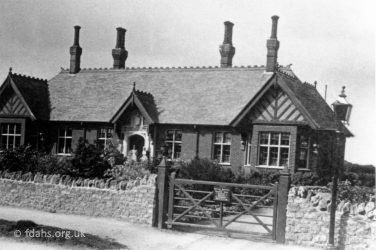 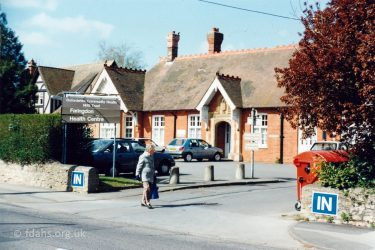 c1900 & 1994. Faringdon Cottage Hospital on Coxwell Road. It later became the Faringdon Health Centre for local GP’s until a new premises was built towards the end of Park Road in the early 2000s (see below). It was then converted to flats.

The Cottage Hospital was erected in 1892. Captain Dundas initiated public subscriptions to help build it and contributed a considerable amount of the money required. The first Matron was Miss Rosa Broughton. The medical officers were J.P. Lockwood, H.D. Ley and C. Spackman; the consulting surgeon was H.P. Symonds from Oxford. The hospital was comprised of two wards of two beds each, one for women and one for men; two private wards of one bed each, one male and one female; matron’s sitting room and an office. Later on there was an operating room and a morgue. The first major operation was for Mrs Elliott, wife of the Saw Mills proprietor, who had a burst appendix. A well-loved matron, in later years, was Gertrude Taylor, sister to Percy Taylor the butcher. 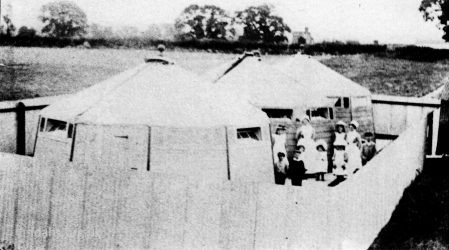 Early 1900s. There was a tented fever isolation hospital erected in a field on the left of Highworth Road about where the council yard opposite the lay-by is today. Other than the odd farmhouse, there were no houses or side-roads on Highworth Road at that time. People, mainly children, were isolated there when they had infectious diseases such as scarlet fever and diphtheria. Mrs Elizabeth Illot was one of the nurses serving there. Food and coal were left at the entrance while the patients served out their quarantine period.

In 1875 there was a severe outbreak of scarlet fever in the area and many children were not allowed to go to school if the disease was present in their family. Scarlet fever used to be one of the most feared infectious diseases during the 1800’s and early 1900’s, and was one of the leading causes of death in children. Around the early 1900’s, incidence and severity of scarlet fever decreased possibly helped by such mass isolation procedures. Further reduction occurred mid-century after the introduction of antibiotics but surges of the disease have reappeared more recently in the late 2010s due to mutated versions of the bacteria that cause the infection. 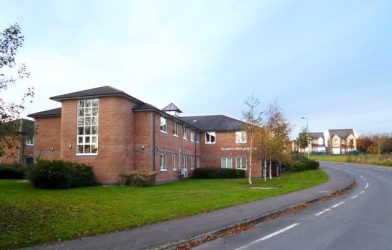 Faringdon Medical Centre on Volunteer Way, left off Park Road towards the bypass. Land was cleared in 2001 and the centre opened soon after. The White Horse Medical Practice then moved here from the old Faringdon Cottage Hospital on Coxwell Road.