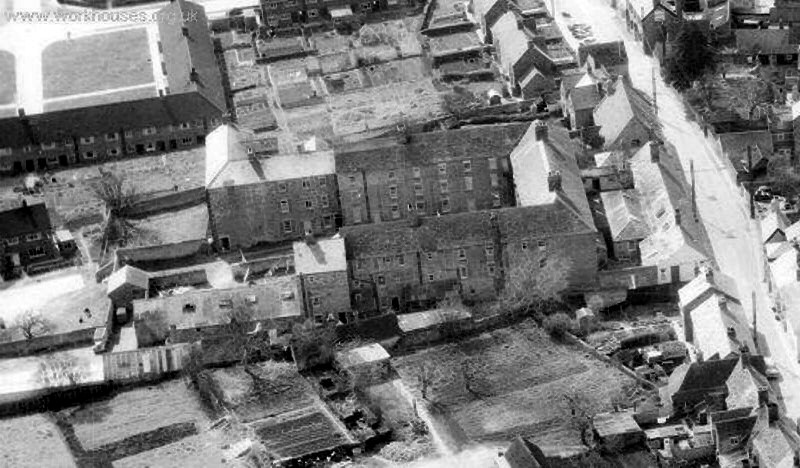 Faringdon had a workhouse from around 1725. A new one (photo) was erected by John Fidel around 1801 in Ferndale Street (then called Back Street or Union Street) and built to accommodate 450 persons of both sexes. The Faringdon Poor Law Union, commonly known as the Workhouse or as ‘The Institution’ lasted until 1933 when it was converted into very basic flats known as Ferndale Place. The buildings were finally demolished in 1968 to make way for a housing development known as Lansdown Road and Brackendale Sheltered Housing. 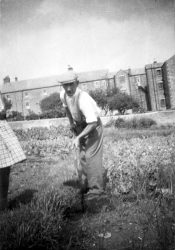 On 9th April 1817 at a meeting in the newly erected building Edward Loveden- Lovedery John Fidel were elected as Visitors to the Poor. George Simmons and Thomas Bye were appointed Governors plus two appointed by the magistrates. Richard Carter, Joseph Whipp, John Davis, William Higgins, Richard Parrot! John Stephenson, Henry Tyler Thomas Belcher, James Tinson and John Fidel were all recommended to the magistrates for consideration for the posts. George Mantell was appointed as surgeon and apothecary at 30 guineas a year the sum included compensation for his attendance on women lying in with children. The Matron to be Maria Shrimpton at a salary of £18 per year.

The ‘Institution’ had a receiving room, strong room, dining room, meat room, wash room and a lean-to scullery. A bakehouse was built by 1850 and a small hospital by 1870. There were separate dormitories for men, women, boys and girls. Each of them had barred windows to prevent items being taken in or out. There were two yards. One was for the able-bodied where they could work on breaking-up stones, later this was carried on at the roadside where the material was required, also for handling railway sleepers which were purchased from the G.W.R., collected from the station and sawn by hand, split and tied into bundles to be sold as kindling. A man used to take a large load on a regular tour of the vicinity selling the bundles for 2d each. The other yard was for the children and aged paupers, later also used for drying laundry taken in by the women. 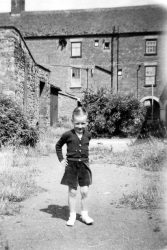 At first the staff of the Poor Law Union Workhouse consisted of a Matron, teacher, porter and a mistress of spinning, later on it also included a Master and a nurse. In 1854 the Matron was Marianne Sporle, in 1881 it was Emma Jefferies and in 1915 Mrs Goswell. Masters have included Cornelius Sporle in 1854 and James Jefferies in 1881. The latter was born in Faringdon. The chaplain was the Vicar of Faringdon. The children were cared for by a Foster Mother and Father and were only allowed to see their parents on a Sunday at the compulsory Chapel services and in the afternoon in the dining room. Elementary education had to be provided on the premises and they had to learn reading, writing and arithmetic. There were two separate units, one for boys and one for girls. In 1854 a local girl, Julia Pruce Long, was appointed schoolmistress. She was aged 15 years and was the daughter of James Long, schoolmaster of the National School in Stanford Road. She had attended St. Matthias’ Training School in Bristol for three months before her appointment. She stayed for four years and had very good reports by the inspectors on the manner she ran the school. She left in order to get married to the man who had been schoolmaster in the Union. In the beginning discipline in the Workhouse was strict and the diet was plain and simple. Children were dressed in ill-fitting uniforms, cast-offs and hand-me-downs. The boys had their hair shaved except for a short quiff in front to prevent acquiring head vermin. By 1890 all the inmates were allowed to attend Whit Monday Sports and the boys played football against the teams from the National and the British Schools. In the later years the children attended local schools.

The Faringdon Advertiser 16th March 1907 stated that “The number of tramps admitted to the house during the fortnight was 239; in the corresponding period last year, 180 – increase 59“. A resident of Faringdon, Mr. William Panting remembers “numbers of tramps who, on arrival in Faringdon, had to report to the Police Station for a ticket which, when taken to the Workhouse, would entitle them to a bowl of soup and a night’s rest. But in the morning they were only given breakfast if they had earned it by sawing up a railway sleeper”.

Mrs Herring, nee Mullet, who was assistant matron at the Workhouse from 1928 until it closed in 1932, remembers her time there very clearly: “All the inmates and the staff had to sign in and out at the porter’s room. Every Sunday afternoon from 2 p.m. to 4 p.m. the parents were allowed to see their children in the inmates’ dining room. This was also the occasion for meeting ‘outside’ visitors. The children spent the rest of the week under the care of a Foster Mother and Father in the children’s section. At the age of five they went to school.”

Before Mrs Herring went to the Workhouse sewing had been sent out, but she made uniforms for the schoolgirls out of checked material instead of the striped pyjama type cloth used previously. She also made clothes for concerts which were given to raise money to take the men, women and 28 children on their yearly outing to Highcliffe on Sea. In August, the staff walked the fit inmates down to Radcot and had a picnic there. The staff had one evening and one day off, otherwise they were not allowed outside the institution. Their pay was 15/- a week. The hospital took in maternity cases from the town, as this was before the National Health Service. 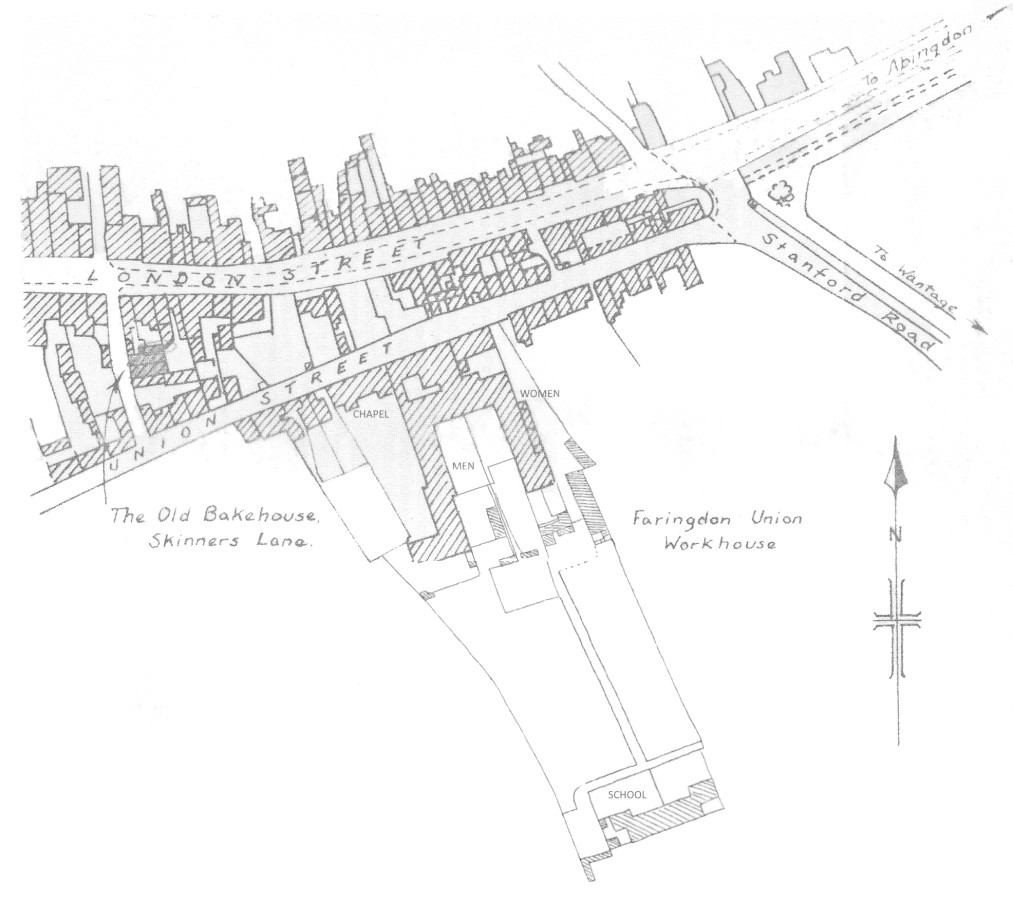 “They were awakened at 6 am. One of the older boys went to the main part of home (where men and women stayed) to bring breakfast which consisted of oatmeal porridge a piece of bread milk or tea. The boys made their own cots fit for inspection swept the floor and polished brass knobs of doors some washed steel steps from upper level and floors of lavatory, also rooms where they took a bath (one a week) then prepared for school, shine shoes or boots making sure heels were done properly, washed behind ears etc. Older boys often looked after a younger boy and made their cots and also made ready for school. The children were given a piece of caraway cake for a mid-morning snack but William said it was usually eaten before they arrived at school. William attended the Church of England School for boys outside the complex. The students lined up outside and marched in. Prayers were said and usually a hymn and if it wasn’t sung properly they sung it over until it was.” 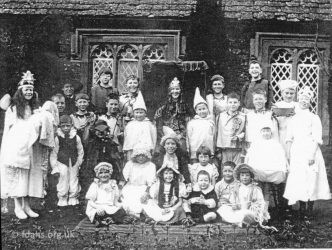 c.1924 Children dressed up for a performance of ‘Old King Cole’ in front of the chapel in the Poor Law Union and was performed for the older residents. Not all the children in the picture lived at the Home but were children of the people who managed the Home. Mr Caulfield, inspector of schools, and Mrs Payne, the headmaster’s wife, organized the play. William said they may have put it on for other people as well.

“…the building at Faringdon is to be closed on the grounds of redundancy and economy. The approximate saving to the County ratepayers is £2,500 per annum. There at present 40 inmates & 15 children, with a staff of about 12.”

“The building was constructed in 1801-4, it is inconvenient & draughty. The stairs are steep & narrow & the upper floors are unsuitable for use owing to the great difficulties to be encountered in case of fire. The Children’s Home, attached to the Institution has been condemned by the Ministry of Health, who are pressing for it to be closed. The inmates receive very few visits from relations & friends, so it is not thought that their removal to another institution will constitute a hardship. 6 of the present inmates have already been transferred from other parts of Berkshire. The Committee dealing with this matter have considered it very carefully, and have come to the conclusion that they are fully justified in recommending the closing of the Institution.”

When the Workhouse closed the inmates went to Wantage, Hungerford, or their own counties, while the children were fostered out. It was then made into very basic flats known as Ferndale Place and in use well into the 1960s. It was finally demolished in 1968 to make way for the Lansdown Road & Brackendale Sheltered Housing developments.

The Faringdon Workhouse by Andrew Edgington:

Notes from a talk on the Faringdon Workhouse by Rosemary Church: