Wicklesham Farm is on the other side of the A420 bypass beyond the end of Park Road. 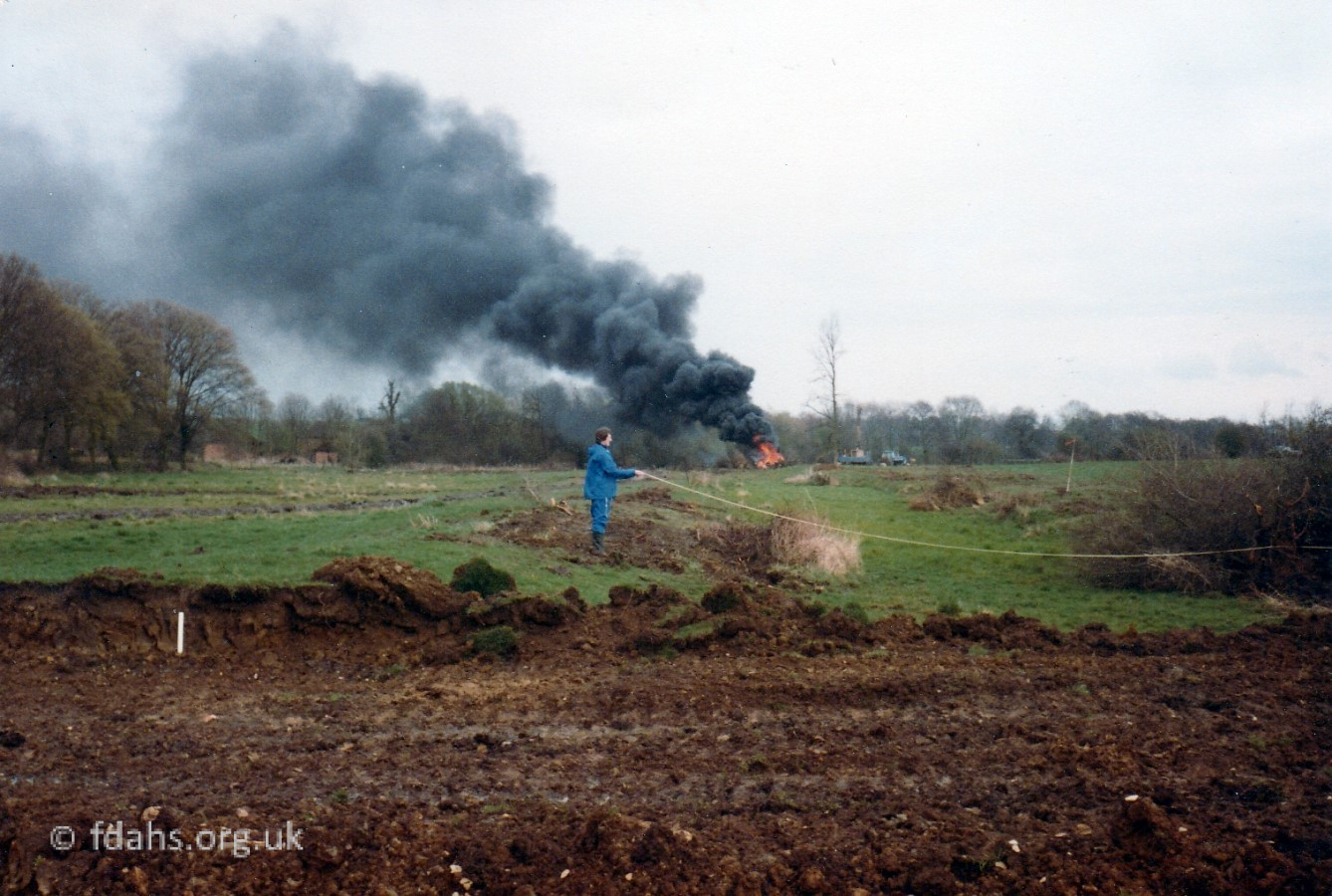 Many monasteries and lords built fishponds to supply the monks and inhabitants with fish. In Roman Catholic times people were not allowed to eat meat on Fridays and other days in the year. It was difficult to obtain fresh fish in the Mediaeval period so the idea was to have their own supply.

Due to unforeseen circumstances these fishponds and surrounding features were destroyed before systematic surveying had taken place. An initial reconnaissance had been undertaken, and the fishponds themselves were surveyed while bulldozing was in progress.

The fishponds were near the bottom of a sloping field with a stream flowing along behind them. The stream had been straightened at some time in the past, but the line of the original meander was still to be seen between the fishponds and the stream. From the farm road, which ran along the brow of the slope, to one end of the fishponds, was a raised trackway. This gave access to the fishponds for both feeding and the harvesting of the fish throughout the year.

There were two shallow fishponds of a long narrow shape enabling two men to walk on either side holding nets to harvest the fish. The two fishponds were separated by a small bank, which had partly collapsed owing to the uprooting of a tree which had grown on it. All traces of any outlets for water at either end of the fishponds had been obliterated. The shape and size of the fishponds suggested that they were of late Medieval origin and were used by the occupiers of not more than one household.

The area between the existing stream and the fishponds was extremely boggy, as was part of the field to the west beyond the raised trackway.

Approximately half way up the slope from the fishponds was a Hollow Way, which ran for about three quarters of the length of the field. Just below this was a scarp from which came several springs. Dry springs or small quarries were noticed to the south of the fishponds. A raised platform was noted at the east of the junction of the raised trackway and the farm road, and also one at the eastern edge of the field.