In 1841 the Great Western Railway opened a line from London to Bristol and a little later a branch line from Swindon to Gloucester. The importance of Faringdon as a major cross-roads in the south of England just disappeared and the town went into a decline from which it never really recovered. A local horse-drawn shuttle service started up for passengers and freight to and from Challow Station, 5.5 miles away towards Wantage, but people and trade no longer needed to pass through Faringdon like before. Challow Station was originally known as Faringdon Road Station until it was renamed when Faringdon got its own station in 1864. The Prince of Wales inn recorded as being at the station in 1863 was burnt down in 1999 and has been rebuilt as a private house. 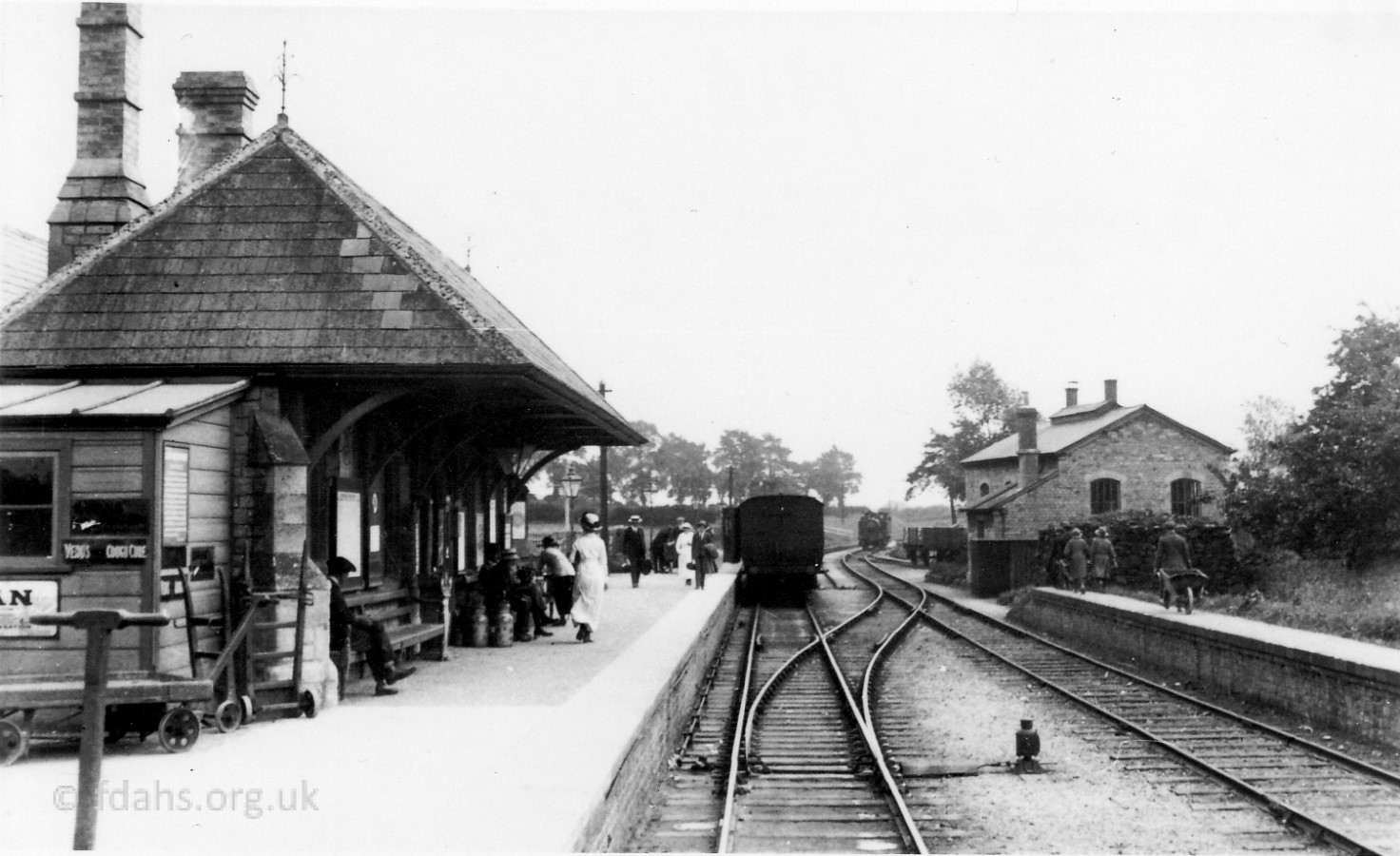 On 1 June 1864, Faringdon found itself with a railway station (photo 1919) at the end of a branch line off the main London to Bristol route of the Great Western Railway (GWR). To be more accurate it was actually a group of prominent local men and their supporters who, acting on their own initiative, built their own 3½ mile railway extension. The Faringdon Railway Company as it was called was forced to sell to the GWR in 1881 at a price of £9,250. 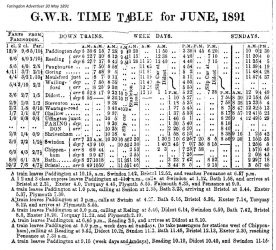 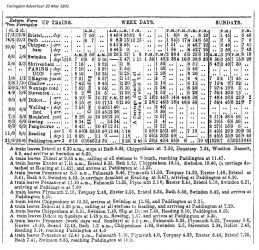 Passengers were required to change trains at Uffington Station but it is said that the GWR staggered the arrival of their mainline trains to make that as difficult as possible. However, things hadn’t changed ten years after they took it over. Looking at the 1891 timetables above there were 6 trains a day, and none on a Sunday. The mainline train would arrive at Uffington Junction just after the train for Faringdon had departed and it was anything up to a 2 hour wait for the next one. It was a similar situation when travelling away from Faringdon. If I am reading these timetables correctly the journey on the Faringdon branch took anything up to a whole hour; it would have been quicker to cycle and also easier to synchronise with the mainline trains.

Memories of the Faringdon Railway (Faringdon & The Vale Venture 1972) 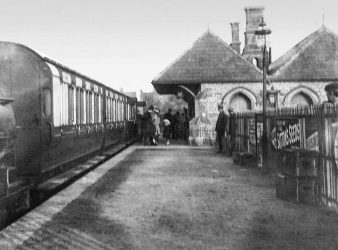 Faringdon may have lost its importance as a major cross-roads but it did remain an important market town for local farm produce. Within 5 years of it opening, between 150 and 180 churns of milk and 200 tons of aggregate a week left the station to join the main line at Uffington. From the time of the closure of the Faringdon spur to passenger traffic in 1951 until the final closure of all traffic in December 1963, Faringdon was used as a central distribution point for goods for the area – Wantage, Lambourne, Lechlade, Cirencester, Fairford, etc. The goods were brought to Faringdon Station by train and then distributed by horse-drawn cart and later by lorry. The station was surrounded by cattle pens, which were filled up on market day, the first Thursday every month, to await collection by cattle trucks. Other large regular items were the delivery of coal for the gas works in Canada Lane and tarmac and stone for the roads around the district. Liddiards, wholesale grocers in the Market Place, were a familiar sight collecting merchandise from the Goods Shed in a horse-drawn cart, and taking them to their warehouse in Swan Lane. The hotel porter from the Bell Hotel used to come and meet the trains and take the luggage of the hotel patrons to the Bell on a trolley, and of course, the postmen used to collect and deliver the mail. But it was the eventual loss of the milk traffic from railway to road transport in the mid-20th century that was perhaps the main cause of the line becoming uneconomical and redundant.

During the 1920s and 30s, a locomotive was permanently stationed at Faringdon. So were two engine drivers, two firemen and two guards. Between them they maintained a passenger service that provided six trains daily in one direction and five in the other. 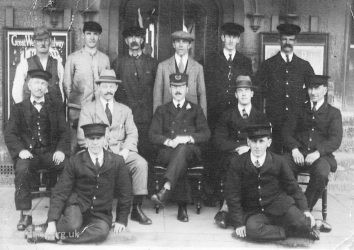 From 1935 and into the 60s, the station master was Mr Haile. In 1960 he was also vice-chairman on the parish council, vice-chairman of the secondary school governors, and was personally instrumental in the founding of the Silver Threads Club.

Many people will fondly remember the Sunday excursions to Weston-super-Mare and the 6d return ticket to Uffington. 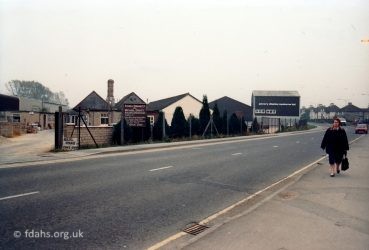 1988. For a while, after the closure of the railway in 1963, the old waiting room became an undertaker’s ‘Chapel of Rest’. It was occupied at this time by Russel Spinage (funeral director) & Michael Devitt (builders & decorators). 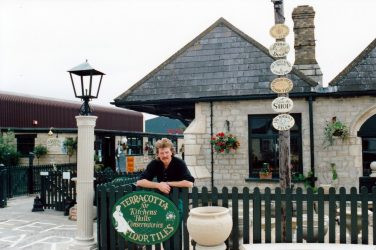 1991. Graham Benton outside the recently restored station buildings for his new Magpies Emporium. Much of the work was done by himself and wife Michelle. (Four years earlier, he built the old Magpies Emporium on a derelict site at #28 Gloucester Street). The shop specialised in house clearance and salvage and was stocked will all kinds of treasures from baths and bicycles to tiles and terracotta pots. Many reminders of Faringdon’s lost railway era were also kept scattered around and there was a tea room too.

In the late 1990s (?) it became part of Scats farmers’ wholesale store. Since 2002, it is now The Old Station Nursery for pre-school children.