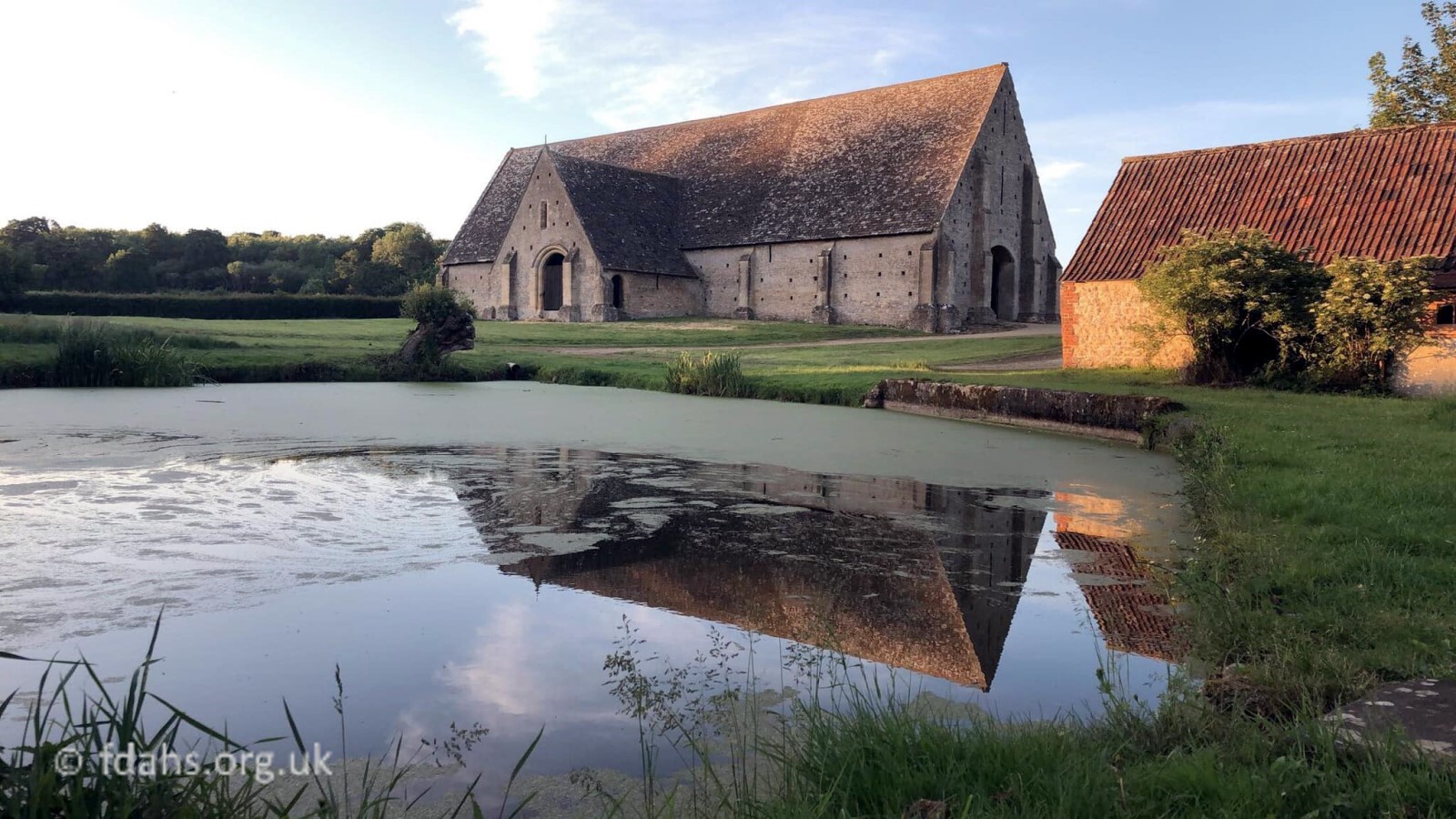 The Great Barn is a 13th-century Cotswold Stone barn now owned by the National Trust and freely open to the public. It is situated on the narrow road to the village of Great Coxwell down from the cross roads on Highworth Road near Badbury Hill. King John (1199-1216) endowed the Order of Cistercians with the manor at Great Coxwell and they built this barn towards the end of the 13th Century. In 2014, analysis of the wood used for the roof timbers showed that the barn was most likely under construction in 1292 or shortly thereafter. The barn was used to store the tithes received from peasant tenants who were obliged to render a tenth of their crop to the abbey. The pond, which is fed by a spring on the southern slope of Badbury Hill, was probably stocked with carp to provide protein for the monks and nuns of the order.

William Morris, the famous textile designer, poet and novelist, who lived near by, called the barn “as noble as a cathedral” and brought many of his guests to see it. 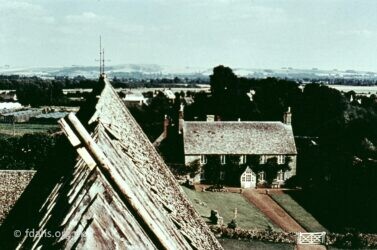 The re-roofing of the Great Barn in the 1950s. The view is towards the farmhouse which was occupied by Mr A.B. Williams, a famous pig breeder. The barn is in the care of the National Trust and they decided that the roof needed repairing as there were many holes in it and much infestation of woodworm in the timbers. An architect from Stanford was engaged, the work being undertaken by Pether & Sons from Burford. They erected scaffolding and completely stripped the stone slates from the roof. New timbers were inserted where it was absolutely necessary, the whole wooden structure was treated for woodworm and other wood boring insects and then the tiles replaced. It was a long, tedious job and work was continued throughout the winter in order to complete it on time. 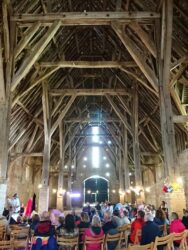 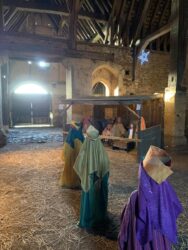 Today, as well as being visited by many people throughout the year, the barn has been used for a variety of local events. One of those being ‘The Great Barn Festival’ that was established in 2018 as a unique family event celebrating the best of music, theatre, art and nature in an ancient rural setting. In 2020, the two day event included 6 theatre companies, and numerous musicians and storytellers. There were Shakespeare workshops, a performance of Midsummer Nights Dream, a madcap outdoor theatre production of Robin Hood, workshops from rural craft to illustration, and a children’s tent buzzing with ideas to keep the family happy for hours. At Christmas time there is also a Nativity display set up here.