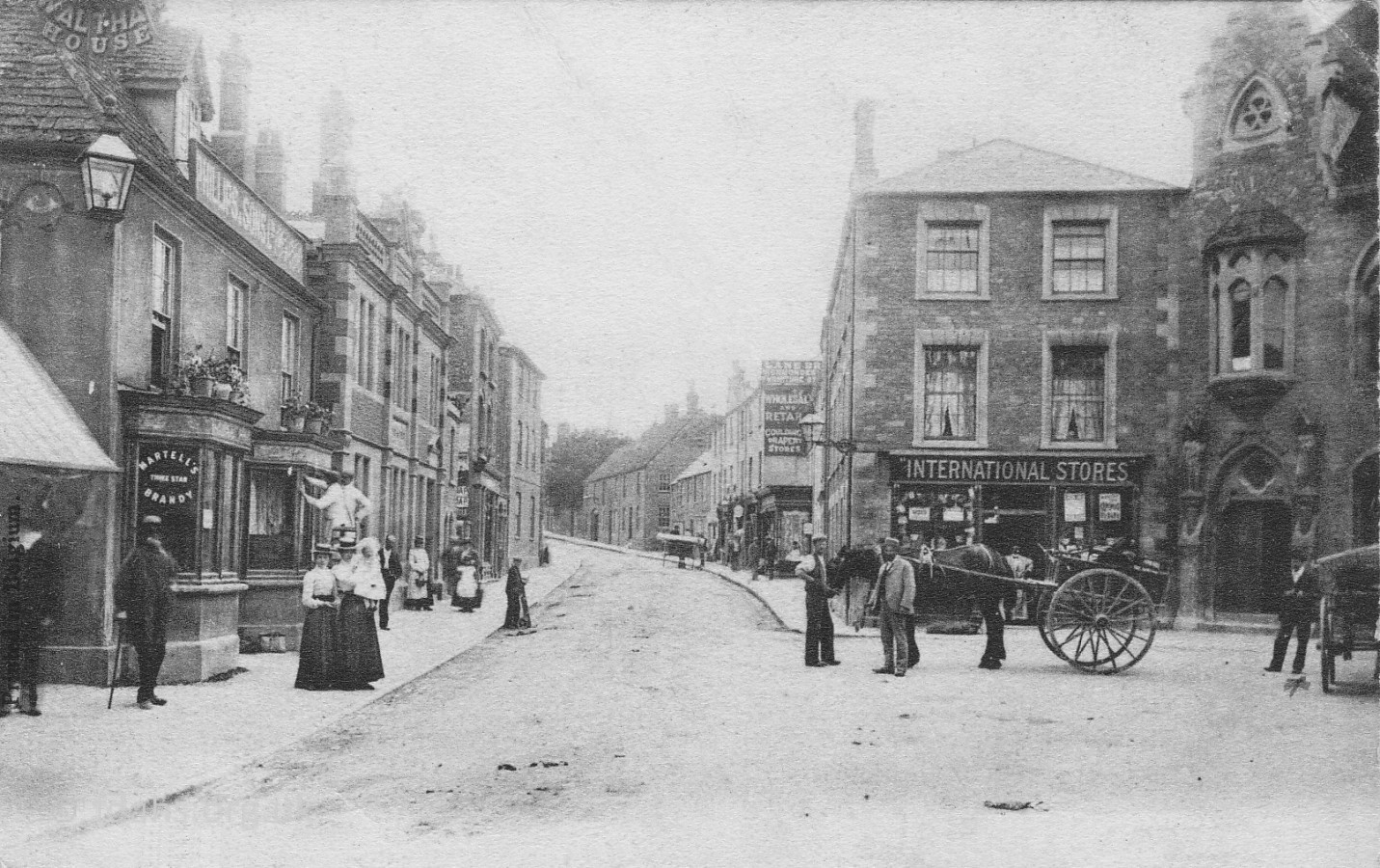 A photographic tour of Faringdon using archive photos from around the turn of the century 1880-1910, which all appear elsewhere on this website. Put together here purely to accompany and provide a comparison of an earlier generation with the other photo tour collections that we have for the years 1953 and 2000. Some digital enhancement was possible after scanning but these photos are over a hundred years old and definition is often poor as their chemistry has deteriorated with time.

What was happening around 1900? At this time steam trains had been coming to Faringdon for over 30 years but the petrol-driven motor vehicle had only just been invented and therefore rarely seen. Wireless radio and aeroplanes were still experimental.  Transport mainly involved horses for those who could afford to keep one and most people walked to work along the many footpaths between surrounding farms. Most people did not travel very far at all. The so-called safety bicycle, similar in design to today’s was becoming very popular and enabled the common people to get more quickly to and from the local villages and even towns. For example, it would be unreasonable to walk 9 miles from Wantage and back in a day and have any time in town but by bicycle the trip one-way could be done perhaps in one hour (instead of 4-5) depending on the state of the roads. It is said that the use of a bicycle vastly improved the genetic mix of future populations. Many homes in the UK were starting to be wired up with electric power but the only lighting in Faringdon at this time was by candle, oil lamp and perhaps gaslight if you were close to town. Electricity first came to Faringdon about 1911-12. There were at least 20 public houses for the men of Faringdon to retire to of an evening, after a hard day of manual and often heavy work; woman mostly worked in the home and were discouraged or even barred from entering a public house.