Little Coxwell is situated about 2 miles south of Faringdon on the road to Fernham. It is on the opposite side of the A420 to Great Coxwell, but unlike its neighbour this village has a public house. The 2001 Census recorded the parish’s population as just 132. The village lies at the source of the River Ock, which drains into the Thames at Abingdon and is the river system that created the Vale of the White Horse. See the sister village, Great Coxwell for a possible derivation of the village name. 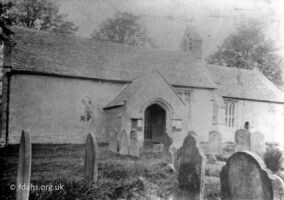 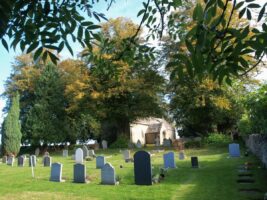 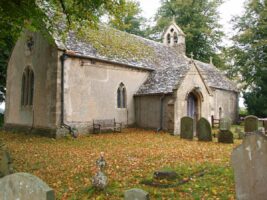 The Church of St Mary the Virgin, Little Coxwell is linked to All Saints in Faringdon. The Church is a 12th Century Chapel of Ease, built by the Monks of Beaulieu Abbey. It contains a number of features of historical and architectural interest, such as a Norman doorway, a 13th Century Bell-cote, and a 15th Century octagonal font.3 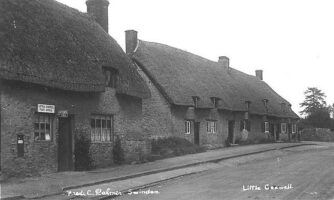 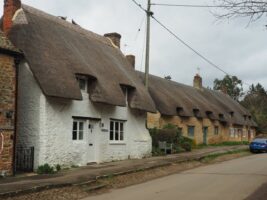 Looking out of the village towards the junction with Fernham Road at the Gorse Farm Cottages when the old post office was still there in the cottage to the left. The more recent photo shows the old post office has since been renamed ‘Clove Cottage’. Notice that the older photograph was taken before the installation of any telegraph poles.There is a track to the church off to the left at the end of the row of cottages. 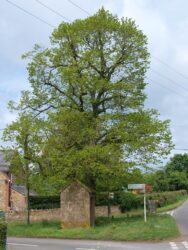 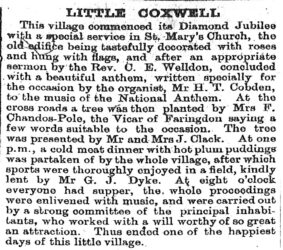 The Faringdon Advertiser Saturday 26th June 1897 reported the planting of this tree during the village’s celebrations to commemorate Queen Victoria’s Diamond Jubilee. This photo of the tree, now 125 years old was taken on the Fernham Road, looking towards Faringdon at the turn into Little Coxwell. The small brick structure in front of the tree is a bus shelter.

Mr Chandos-Pole, who lived at Church House, submitted the proposal for planting a tree on this triangular piece of ground when at a meeting of the Faringdon Rural District Council in April of that year. The Council decided not to interfere with the proposal so long as the parish and the public were satisfied. Mr and Mrs James Clack, who presented the tree on the day, lived at Gorse Farm. Both these families lived in the village for just a few years, but nevertheless were well involved with the village and village activities.