The following shops and businesses were advertising as being or are known to have been in Gloucester Street, Faringdon in the years stated. Some of those listed here do not appear anywhere else as it has not yet been possible to locate their exact address. The rest provide some of the evidence used to compile the full history on the main page Shops & Businesses in Gloucester Street.: 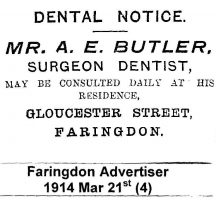 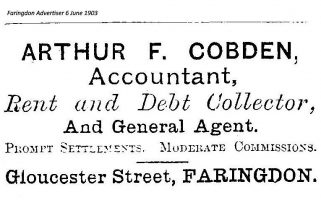 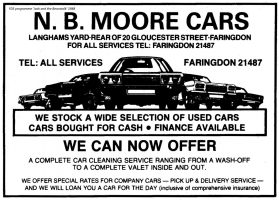 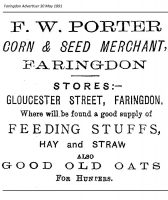 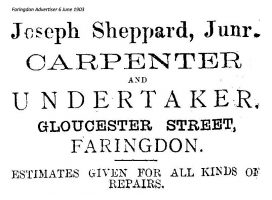 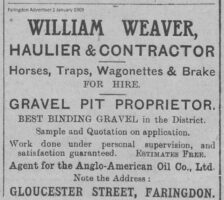 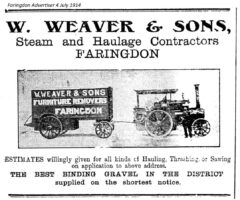 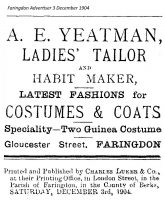